Tropical Storm Cristobal, the third named storm of the 2020 Atlantic hurricane season, formed over the southwestern Gulf of Mexico Tuesday afternoon. The newly-formed Cristobal continued unleashing torrential rainfall across portions of Mexico and central America on Tuesday, threatening serious flooding and mudslides. As of early Wednesday morning, the storm was making landfall near the borders of Mexico states of Tabasco and Campeche, with maximum sustained winds of 60 mph. 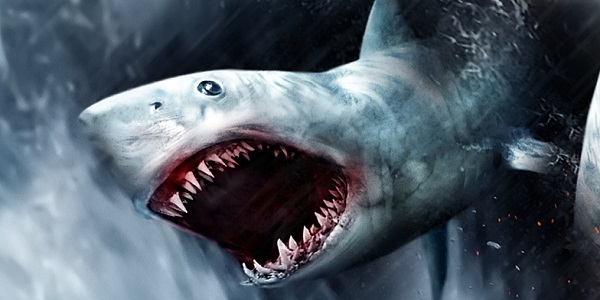 Tropical Storm Warnings were in effect for Campeche to Puerto de Veracruz in Mexico, with tropical storm conditions already occurring in portions of the warning area.

With the upgrade to tropical storm status, a new record has been set for the Atlantic basin. Cristobal has has now become the earliest occurrence of a third named system in the Atlantic basin during any hurricane season in recorded history. The 2016 season previously held the record for the earliest-ever third tropical storm, and it was Tropical Storm Colin, which formed on June 5, that helped that year go down in the history books.

The name Cristobal was most recently used in 2014. That year, Cristobal did not form until late August. The same list of names is used every six years, unless a storm is unusually strong or deadly and it's subsequently retired.

Tropical Depression Three strengthened into Tropical Storm Cristobal over the Bay of Campeche in the southwestern Gulf of Mexico on Tuesday, June 2, 2020.

The water in the Gulf of Mexico is plenty warm enough to support further tropical strengthening. Sea surface temperatures were in the low- to mid-80s F in the Bay of Campeche, the region where the storm was spinning, as of Tuesday. Wind shear, or the shifting of winds with altitude, is low over the southwestern Gulf of Mexico -- yet another factor that favors strengthening of the system.

As the system meanders back over land, heavy rainfall will be the chief impact, regardless of strength.

"The most immediate concern is for torrential rainfall that can trigger life-threatening flooding and mudslides in southeastern Mexico, Belize and northern Guatemala much of this week," said AccuWeather Meteorologist Courtney Travis. Rainfall spanning Monday to Thursday is forecast to average 250 to 500 millimeters (10-20 inches) with an AccuWeather Local StormMax™ of 760 millimeters (30 inches).

Two credible shark sightings have been reported at Torrey Pines State Beach this weekend, according to officials.

Following the shark sightings, individuals say they were "bumped" by a shark. No injuries were reported.

To alert beach-goers, signs have been posted to alert visitors of the recent sightings.

"Advisory warnings are informative in nature only. If you ever see a shark, notify a lifeguard. The frequency of sightings in combo with the size, location, and behavior, are how advisories are issued," officials advised.

The sightings comes five days after a 12-foot-long shark was reported off the shore of Coronado Beach. According to a message posted on Facebook by police, the shark was spotted just off the shore of in the North Beach area just before 2 p.m. on May 26.